Off Topic: Have the Best 4th of July Ever! 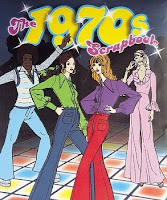 Since so few people are at work this week (physically in many cases, mentally in many more), it's a great time to go off topic and ponder just how much better life has become over the last three and a half decades. (How's that for a random figure?)

I'm not sure exactly what sparked it, but I got to thinking one recent rainy day as I watching my kids bounce between watching the flat screen TV to listening to their iPods to chatting with friends online to playing video games, how much better life has become since I was their age in the early 1970s. It's not just that we have more stuff (though we certainly do; the size of the world economy has more than tripled since 1970), but that the stuff we have has improved so much—it's smaller (in the case of electronics) or bigger (meals, houses), faster, higher quality and more functional. 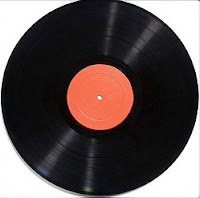 Consider music for example (no, not the music itself, which was of course way better in the 1970s—Styx, Van Halen, Boston, REO Speedwagon, Aerosmith, c'mon!—but rather the way we listen to it). Albums provided high fidelity, but were fragile and definitely not portable. 8-track tapes were a disaster; cassettes were smaller and songs didn't break in the middle, but the audio quality was so-so and they had a tendency to wear out and eventually get "eaten" by a player. Now we have MP3s; decent quality, ultimate portability, and you don't have to go to record store to buy them. 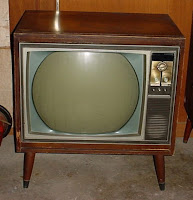 Or movies. In the early 1970s, if you missed seeing a movie during its theatre run, you had to wait two to three years. Then one of the networks would finally show it—chopped up by commercials and "reformatted to fit your television screen," which at that time was smallish and so convex you had to sit almost directly in front of it to get a non-distorted view. And they didn't even have remotes! Now we have Netflix and pay-per-view and video stores and cable; we can watch movies, in widescreen high-def format, shortly after they leave theatres, commercial-free, on big flat panel TVs. 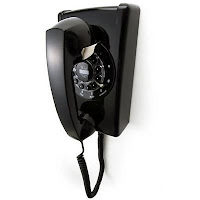 Or communications. In the early 1970s, sending a note meant sending a note. On paper, in an envelope, through postal mail which took days to deliver (much longer if overseas). There was one phone company. Unless you were rich, you had only one phone (a black one, rented from the phone company), and it was stationary. Long-distance calls cost a fortune (I remember calling a friend in Spain cost me $1.27 per minute, in mid-1970s dollars; can you even imagine paying the inflated equivalent, which would be about $6.00 per minute today, to make a call to another country now?) and the sound quality was awful. Freedom of the press belonged to those to owned one, and many big city newspapers had a virtual monopoly over local distribution of the written word.

Not everything has improved with time of course: due to a lack of true choice, our educational system in the U.S. has failed to keep up; progress against cancer has been painfully slow; lawyers have sucked a lot of the fun out of life; and the downfall of communism was unfortunately followed by the rise of a competing ideology even more ruthless, sinister and absolute. But, on the whole, life is a whole lot better, and everything has changed.

Why, back in the early 1970s, we had a presidential election that pitted a veteran politician from the western U.S., who was viewed as too liberal by many of his fellow Republicans, squaring off against a senator from a midwestern state, with no executive experience, who was viewed as too liberal even by many Democrats. Among the most pressing issues of the day were energy policy, relations with China, and an unpopular war halfway around the world.

Hmm, perhaps not everything has changed either. Oh well, Happy Independence Day!