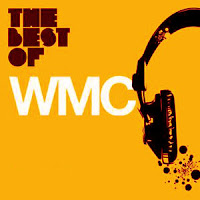 It's been three years since the launch of this blog, and it still gets less traffic than the Huffington Compost (sigh). Maybe I should set my goals a bit more modestly? Oh well, at least I write my own stuff.

Anyway, taking a look back at the first three years of the WMC blog, here are the ten most popular posts as chosen by you, my elite (in the good sense!) and loyal readers. It's an interesting mix of old and new, tactical and strategic, original and derivative.

10. Best of 2007: Blog Posts on Social Media Marketing, January 18, 2008—A wrap-up of some of the best blog posts of 2007 on social networking and social media marketing strategies and tactics.

8. Best of 2007: SEO Analysis Tools, January 9, 2008—the very first post in the "Best of 2007" series, providing a list of the best tools for analyzing and optimizing SEO efforts as well as blog posts on SEO tools from sources like SEO Position (now SocialSEO), SEO Company and Web Worker Daily.

6. Best of 2007: Website Design, February 4, 2008—links to some of the best articles and blog posts from 2007 on website design considerations to consider from the outset, such as intuitive navigation, relevant visitor-focused content, and SEO.

5. Web 2.0 Social Tagging Sites, Part 4: B2B Traffic Building, May 15, 2007—my attempt to provide a quantitative answer to the question of whether, and how much, tagging content on social bookmarking sites helps drive B2B web traffic.

4. Web 2.0 Social Tagging Sites, Part 7: The Best, June 26, 2007—the summary, after a 60-day test, of which Web 2.0 social bookmarking sites produced the best results, in terms of driving direct traffic and having active, engaged discussion communities.

3. Selecting an Advertising Agency, June 7, 2005—one of the first posts ever on the WMC blog, this was my take on how to select a marketing/PR agency, from the client perspective (before I moved to the agency side).

2. Google AdWords Average CTR and Best Practices, September 20, 2007—the difficulty of obtaining benchmarking data for CTR and other AdWords measurements, and 14 steps to optimize your results, regardless of what the average values actually are in your industry.

There you have it, the ten posts you thought were the best so far. Thanks for your support over the first three years; onward and upward.