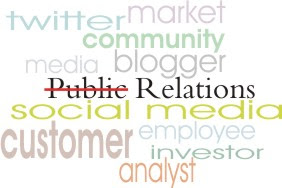 The emergence of social media has dramatically changed the role of public relations. While traditional journalists still have significant authority, influence is now more diffused among writers, analysts, bloggers, customers, and other internal and external subject matter experts. As the landscape has shifted from being dominated by one-to-many mass media to many-to-many participatory social media, the skillsets required of PR professionals have changed.

Technical ability—not all that long ago, PR pros' primary tools were email and the phone. Now they need to know how to properly use (from both a technical and etiquette standpoint) all the major tools on the social media landscape, how to produce thought-leadership content, how to put together social media releases, at least a passing knowledge of online video production and sharing, and more.

Conversational style—PR people used to interact primarily with industry journalists. "Pitching" and "spinning" were terms often used (not always with a positive connotation) to describe much of that interaction. Those days are fading, which is welcome news to many PR practitioners as well as their audiences. Greater availability of information requires greater transparency, but also leads to richer conversations.

Understanding motivations—PR used to be primarily about communicating to and through journalists, and the motivations of both parties were primarily commercial. With the diffusion of influence created by social media, PR pros need to understand a much wider range of motivations. Prospects, customers, bloggers and other participants in social media each have their own motivations, which are very different from a magazine writers'. PR people need the ability to assess and address those differing incentives.

Professional informality—conversations used to fall reasonably neatly into two groups: public communication, which was formal (a press release, a carefully crafted "quote" from an executive, on-the-record interviews, etc.) and private conversations, which could be informal. The emergence of blogs, blog commenting, Twitter, forums and other tools has forced PR workers to master a new balance of public but informal communication. Press releases make lousy blog copy, and there's no room for a detailed legal disclaimer in a 140-character Tweet. Social media interaction is by nature informal, yet for PR pros must remain professional, as their interactions will be official, public and permanent regardless of the medium.

But while social media demands new skills, many "traditional" PR skills are still important. PR professionals still need to be highly organized extroverts with exceptional writing skills and the ability to craft a compelling story.

A growing number of PR firms get this and are hiring or developing these skills. Those stuck in the old world of big media will find it increasingly difficult to spread their words in the increasingly diffuse influence landscape.

By Mike Bannan January 25, 2020
Do you have something helpful to share with others interested in digital marketing? If so, WebMarketCentral wants to post your piece.  Just write it up and send it with art for evaluation prior to it being approved for publishing.  As a reward for sharing your tips and advice you will receive a backlink to your website.  The current value of the link is below from Ahrefs.com Quidelines:  Blog Post should be written to provide answers to questions that other marketers or small business have.  Blog Posts should be about 700 words or more.  The piece must be spelled checked and if reference data is provided it must be attributed and linked to the original piece. Do not try to load the price with links to your properties. More Details will follow shortly. Mike Bannan
Post a Comment
Read more

Salesforce.com's "No Software" Mantra: More Effective Than They Know

By Tom Pick June 04, 2006
From its beginnings, Salesforce.com has emphasized its online delivery model with its "No Software" positioning, even snagging 1-800-NO SOFTWARE as its toll-free line. While the application service provider (ASP) or software-as-a-service (SaaS) model in general has never lived up to its initial hype, among consumers or business users, Salesforce.com has enjoyed impressive success with it. While the company's success with sales and marketing users is hardly news at this point, I was surprised in doing some research recently at how successful the No Software campaign has been among another group: enterprise software developers. Salesforce.com has apparently succeeded at making "software" a nasty word for many of these firms, almost like a racial slur or a misogynistic anachronism not to be uttered in polite company. For example, Synopsys , a developer of electronic design automation software, doesn't produce software at all according to either its home page
Post a Comment
Read more