Facebook recently announced a radical change in its newsfeed algorithm. It’s going to rank posts by family, friends, and groups higher than news posts or general posts from brands and publishers. Most pundits are hailing this as a social media marketing game changer.

In his announcement, CEO, Mark Zuckerberg said the move was meant to encourage people to interact actively using the platform rather than passively consume posts that are fired at them.

Speculations are rife about Facebook’s agenda behind the move. Some say Facebook is coming off a rough 2017 where it faced harsh criticism after Russian linked actors placed fake news and ads and manipulated news feed to influence the public about U.S. presidential elections.

Facebook has already been seeing dismal organic traffic and users were found to be spending less time on the platform. In the wake of these revelations, Facebook’s revamp seems more self-serving than for the “greater good of people” that Zuckerberg claims. 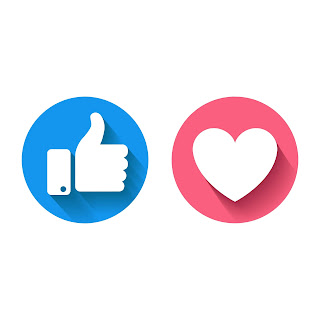 What could this mean for brands?

The news feed shakeup might be good news for users who are generally annoyed by irrelevant ads and contents showing up on their wall, but it’s certainly bad news for brands and publishers who relied on Facebook for huge referral traffic.

Surprisingly, Facebook has made no mention of demoting paid-for-ads in their new algorithm. So, could this mean the move is a smart way of squeezing brands to pay for advertising on the much-loved platform?

And the move could very well pay off…after all, most brands wouldn’t think twice before paying to advertise on Facebook if this could prevent them from losing large chunks of traffic.


Is there no respite for brands?

Since Facebook is going to promote posts that create “meaningful interactions” between people, it follows that brands need to become more engaging. This means that content by brands would have to invite comment and dialogue between people. Interaction on social media posts will become one of the key digital marketing strategies going forward.


Here are some strategies that brands can adapt to continue their streak on Facebook:

By Mike Bannan January 25, 2020
Do you have something helpful to share with others interested in digital marketing? If so, WebMarketCentral wants to post your piece.  Just write it up and send it with art for evaluation prior to it being approved for publishing.  As a reward for sharing your tips and advice you will receive a backlink to your website.  The current value of the link is below from Ahrefs.com Quidelines:  Blog Post should be written to provide answers to questions that other marketers or small business have.  Blog Posts should be about 700 words or more.  The piece must be spelled checked and if reference data is provided it must be attributed and linked to the original piece. Do not try to load the price with links to your properties. More Details will follow shortly. Mike Bannan
Post a Comment
Read more

Salesforce.com's "No Software" Mantra: More Effective Than They Know

By Tom Pick June 04, 2006
From its beginnings, Salesforce.com has emphasized its online delivery model with its "No Software" positioning, even snagging 1-800-NO SOFTWARE as its toll-free line. While the application service provider (ASP) or software-as-a-service (SaaS) model in general has never lived up to its initial hype, among consumers or business users, Salesforce.com has enjoyed impressive success with it. While the company's success with sales and marketing users is hardly news at this point, I was surprised in doing some research recently at how successful the No Software campaign has been among another group: enterprise software developers. Salesforce.com has apparently succeeded at making "software" a nasty word for many of these firms, almost like a racial slur or a misogynistic anachronism not to be uttered in polite company. For example, Synopsys , a developer of electronic design automation software, doesn't produce software at all according to either its home page
Post a Comment
Read more